The Karel Zeman Film Club is a long-term series of digital publications in which we intend to publish the complete filmography of Karel Zeman. All the titles are prepared in digital format, processed from original film materials. The first three titles in the series are Journey to the Beginning of Time, Invention for Destruction and The Fabulous Baron Munchausen.

For the end of 2013 we released the titles The Stolen Airship and The Sorcerer’s Apprentice. This edition continues with On the Comet and The Tale of John and Mary titles in 2014, another step in the Museum’s plan to preserve the entire film legacy of this genius of Czech and world cinema.

All the DVDs come with English subtitles and rich bonus material, including short documentary films specially prepared by the Karel Zeman Museum, contemporary archive materials and interviews with the creators and a musical visual bonus: a virtual tour of the Museum with music by Clarinet Factory. All the films are available in the shop at the Karel Zeman Museum or can be ordered via our online store. 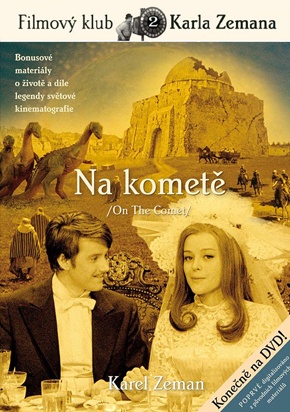 Journey to the Beginning of Time

The Tale of John and Mary
1 8
We use cookies to personalize content and ads, provide social media features and analyze our traffic. By continuing to use our website we assume you are happy to allow the use of these cookies.OkPrivacy policy